How to be a Newbie & Succeed

Here’s a challenge we all face, whether we’re bloggers or podcasters or freelancers or makers or hopeful entrepreneurs of any shape…

We’ve got to be experts to succeed.

Or, at least we have to look like experts, right?

Or, at least all the people that you follow are experts, right?

But in Fizzle’s forums I’ve had so many damn conversations over the past 3+ years with entrepreneurs at all stages of the journey. And I see people making a very common mistake in how they think about themselves.

Here, watch the video for the skinny (and my John Mayer impression):

The gist is this: I see now that it’s common to think you’re further along than you actually are.

You might think you’re further along than you actually are if:

Here’s the thing, it’s really common to believe you’re further along than you actually are.

Here’s how it happens: 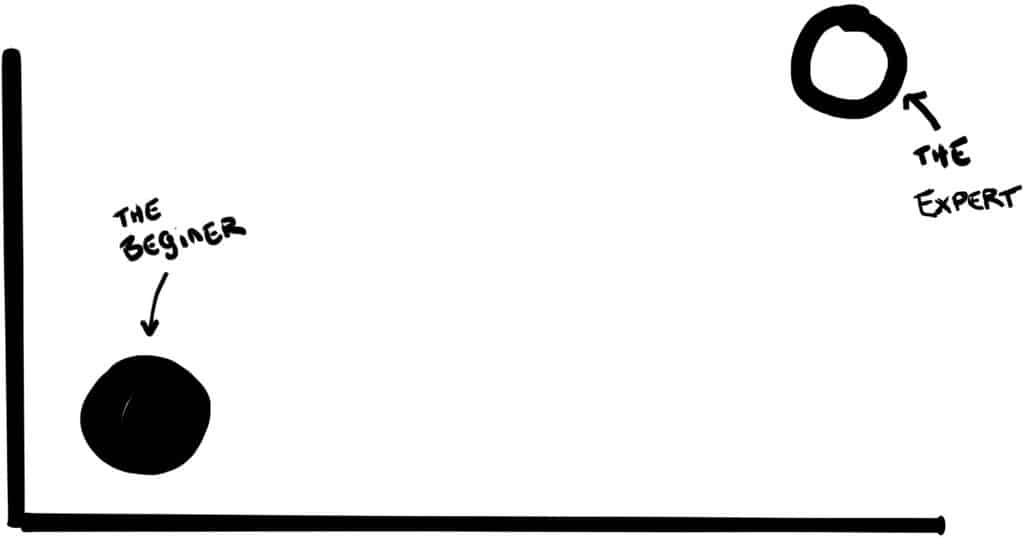 That black dot at the bottom left is you — let’s say you’re just starting out.

BUT, you’ve been watching an expert for a while. Maybe it’s Seth Godin or Elizabeth Gilbert or (my favorite) Guy Fieri. The expert is the open circle at the top.

You see exactly where the expert is right now and assume that’s what you’ve got to be like if you want to succeed.

But you don’t see all the shit that’s made them who they are. 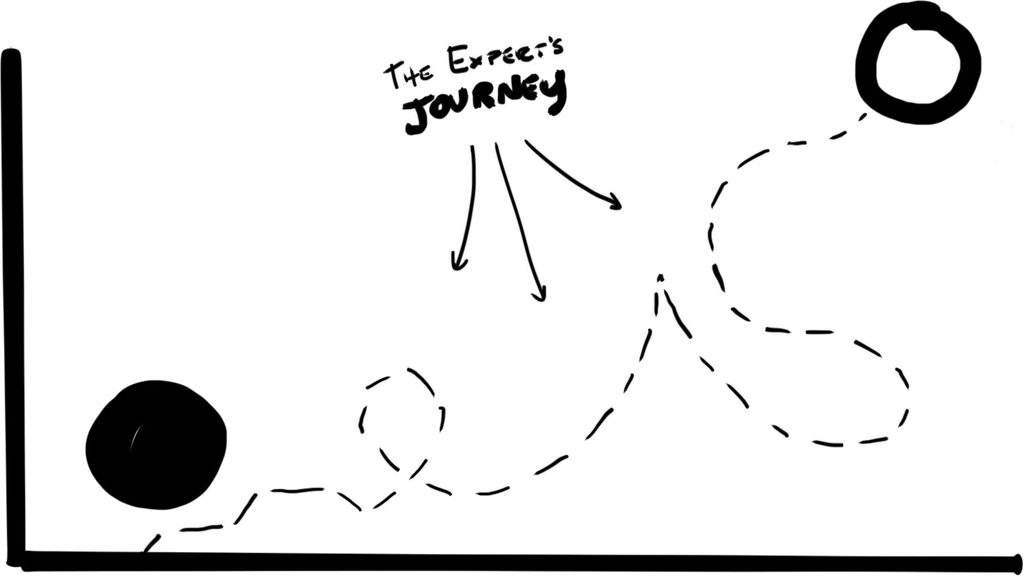 That dashed line is the journey the expert’s been on since they started as a newbie so many years ago. This line represents the challenges, fears, triumphs, failures and successes that the expert has attempted between where they started and where they are today.

But you don’t see that. All you see is where they are right now. 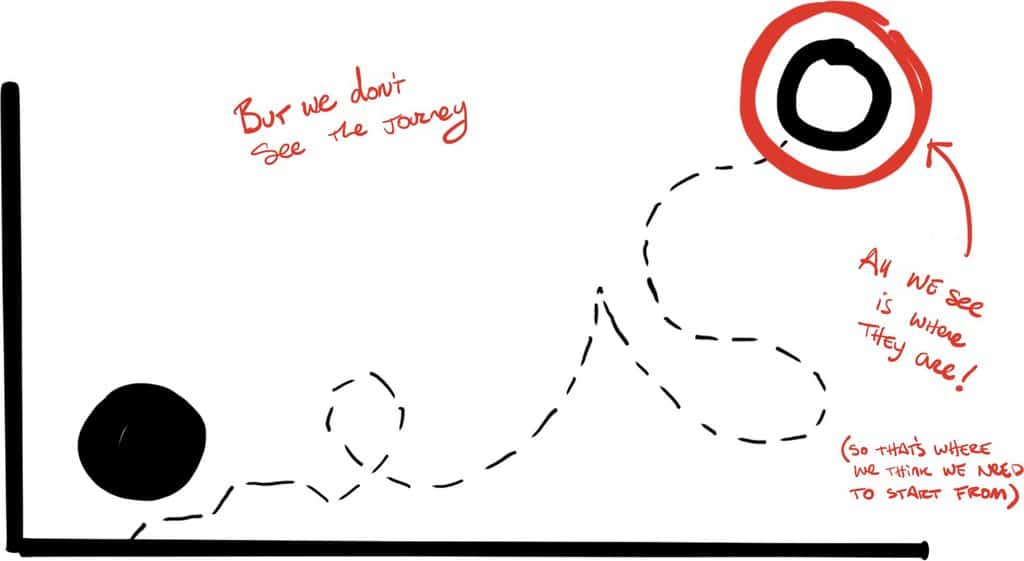 We don’t see the journey. All we see is where they are today. And that’s where we think we need to start from.

I’m telling you all this because it’s really dangerous to think you’re further along than you are.

And that’s dangerous because as indie entrepreneurs we live and die by the work we produce… if we’re not creating and making and connecting with our audience we aren’t growing.

DON’T PUT YOURSELF UNDER ALL THIS UNNECESSARY PRESSURE.

Instead, embrace being a newbie. Accept being a learning. Realize that your path to success will be as windy and (cork)screwed as others.

Here’s one quick trick I’ve been using myself to embrace my newbie-ness:

It’s a simple trick, it may not work on you as well as it does for me, but it helps me get over my precious sense of how professional or cool or mature I am.

Shit man, it sucks to suck at stuff, and we all suck at first. I see too many of us freelancers and creative business people putting too much pressure on ourselves to be better.

YES, push to be the best.

YES, give it all you’ve got.

SURE, fake it till you make it and every other trite piece of advice out there.

Sure, do all that stuff. But maybe there’s a way through where you embrace your newbie-ness, get enthusiastic and be authentic instead of just another posturing internet person.

We at Fizzle will be right there along side you every step of the way.

Thanks so much for reading!