The biggest danger you face right now is NOT technology or tools or trends or algorithms or personal branding buzzwords or social media buttons.

Those aren’t the dangers.

Those aren’t the things that keep you from success. They won’t be responsible for your site failing or your product fizzling out.

The biggest danger you face is your own resistance, your shadow, the dense reluctancy you have about clicking “Publish,” the self doubt, the fear of being found to be an impostor, the sense that you have no right trying to do anything like {insert name of your project here}.

You’re far more likely to get caught up in something and never end up clicking “Publish” (because resistance is already clawing against you) than you are to release something and end up in trouble with any technology or tools.

That’s your biggest danger. And what I want to pound into your head is the idea of me in a drill sergeant uniform yelling: Quit worrying about fucking tools, technology and trends. They are NOT the monster.

Since we released the First Product Story Series there’s been one piece of advice we heard over and over that’s rattled around in my head.

It’s this: get your thing out as quickly as possible and iterate based on feedback.

Derek Halpern said it. So did Danielle Laporte and Josh Shipp.

… here’s the revelation: nobody cares…

… you just launched your thing into crickets… {chirp}…

… and now the real work begins — building trust and relationship with an audience you make useful, valuable, matterful things for.

That’s why we want you to know how to use Gumroad. Make something fast, get it up, share it, sell it, see what the work is.

Gumroad is the best tool we’ve found for this. It:

I hope you’re getting this — it’s scattered and jumbly and messy in my head and on this page — but I’m starting to lose patience with my friends who seem to love the idea of being entrepreneurial without doing the work of becoming an entrepreneur.

Once you get your first thing up, once you break the seal and make your first dollar, you’ll see what the work is… it’ll change your whole deal.

The guide book for Gumroad, the actual book part of this project, was the first time I used Apple’s iBooks Author. Holy crype is it ever easy to use… as soon as I started using it I came up with about 10 other ideas for things I wanted to make.

And adding it to Gumroad (it was my first time)… holy shit was that ever easy. Made me realize 3 of those 10 ideas could actually make me some money.

If you’re anything like me you’ll get the idea for your next project as soon as you hit publish on the current one.

But you gotta hit publish. 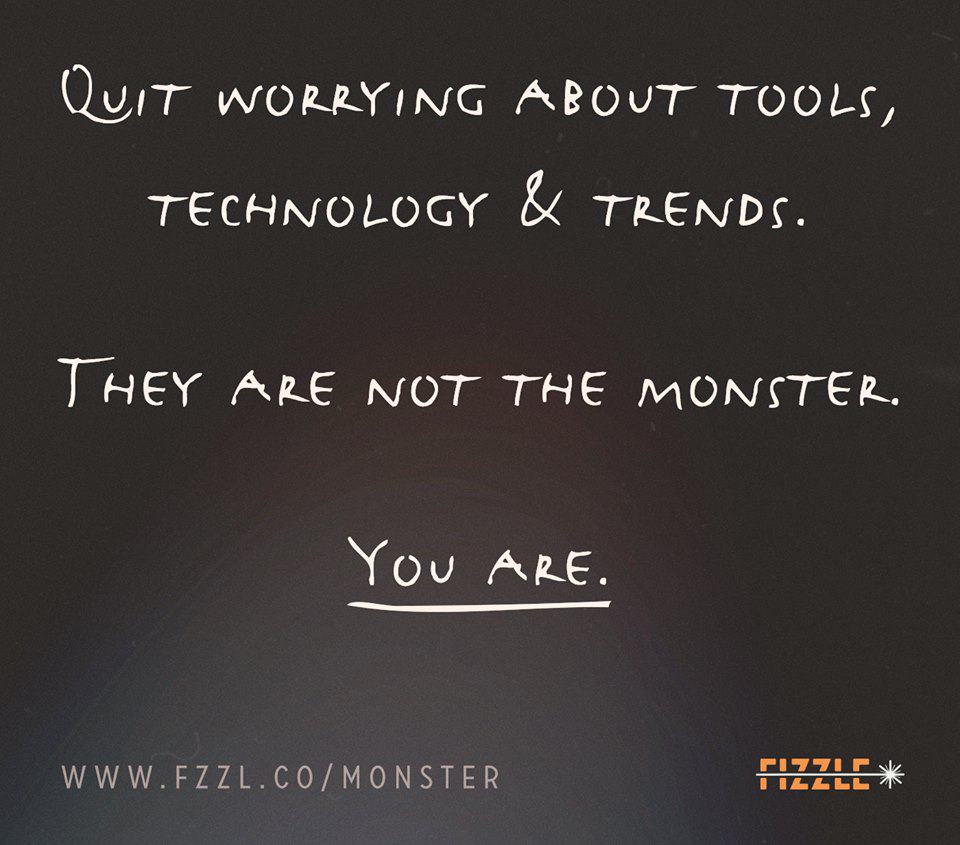